I've spent the last couple of days recovering from what was arguably one of the most exciting and fun-packed weekends I've ever had. It was my first weekend at a regionals competition and I was pretty blessed to not only be there, but be working it. I was on the scoring committee which means I was responsible for collecting scorecards and running them to the scoring room or adding up scores and entering them into the online-in real time-leaderboard.

IT WAS AWESOME. The most awesome part was getting to watch everything up close and personal. So intense. I took pics 'n' shit, so I'll start from the beginning. Here goes!

I drove from Baton Rouge to my parent's house in Katy, Texas. I took zero pictures of that because it was outrageously boring. I woke up EARLY the next morning to head to San Antonio.

I made it to Boerne in record time and managed to make it on time to catch my nephew's choir concert.
And of course, I made my niece, Taylor, and my nephew, Brandon, take a bunch of obnoxious selfies with me. Because that's what I do. 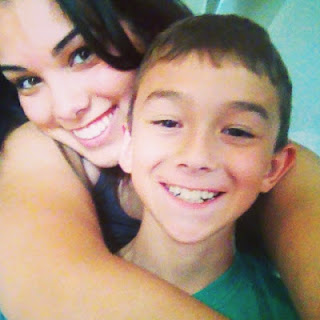 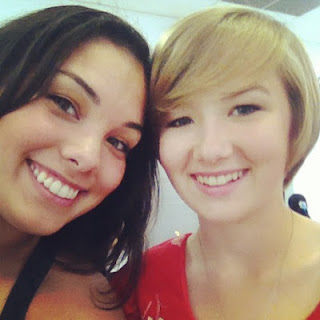 And then Taylor filled me in on all the dramz going on over at her school. Y'all, in case you didn't know, living the 8th grade life is T-O-U-G-H. I swear, I was not worried about the same things as these kids today.

We went to Brandon's baseball game that night and I spent the entire time being confused and wondering what the hell was going on. I was so confused that I forgot to take pictures. BUT I did get a picture of my pickle. I always eat pickles inside out. Does no one else do this? My brother-in-law thought it was really odd.
THEN IT WAS REGIONALS DAY ONE.
HOLY CRAP.
I was so excited to see my team, Red Stick CrossFit, compete in our first ever showing at Regionals! The first WOD, Jackie, was no joke.


So intense. And if you were watching the live feed, Michael told me that you could actually see me on camera! And that shiz was cool. Part of my job was to sprint the scorecards back to the scoring room so scores could get posted ASAPedly. So sprint I did. I was sprinting so fast, my coach, Andrew, told me, "why don't you run like that in WODs?". Guess my secret's out. I'm actually Michael Johnson in real life.

And naturally, we got hungry...


We finished out the day pretty successfully and then...
...it was DAY TWO!
Now, in all honestly, I wasn't there for Day Two. Before Regionals was announced, I had made a plan to spend a major holiday with my sister this year in my "25 before 26" list. We decided on Memorial Day because my awesome brother in law and his awesome friend Mo have a BBQ every year.
Then, DAY 3
Hands down the most ridiculous day of competition I've ever seen. I saw a girl literally clean a weight for her partner. I saw people break down in tears of joy and defeat. And, even better, I saw people who didn't even know each other become a family right on the arena floor.
At the end of the day, Regionals was so exciting and I was so impressed/encouraged/motivated to push myself even harder in the box. AND, can I just say, I am so proud and amazed by my team. Team RSCF, y'all really did the damn thing. I am in awe of your dedication and hardwork over the past few weeks and the way you really showed up for regionals. Thank you so much for all your hard work and representing our box so well. I couldn't have been more proud to call y'all our team
How was y'all's regionals weekend? Any exciting moments? Fun stories? Share!