34
It's Saturday which means I get the opportunity to highlight another athlete! 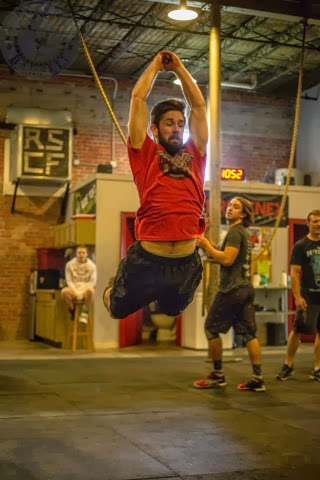 Name: Nicholas Molbert
Favorite Nicknames: Nick (of course) He's being modest. We all call him Rich Froning. And by "we all" I really just mean me.
Hometown: New Iberia, Louisiana (Da Berry)
Age: 22
Occupation: Creative Writing student. I'm chasing the dream.
Maxes:
Strict Press: 125# (don't judge me)
Back Squat: no idea, but probably around 300#
Deadlift: no idea, again, but probably around 380#
Clean: 225#
Overhead Squat: 255# (tell me how that works…)
Bench Press: 250#

Favorite WOD: Nancy, because it's Ace's momma's name. No, I'm kidding. (But he's actually serious) It's because it's overhead squats, running, and five rounds. They should rename it Nick. Kidding, again. But not really. 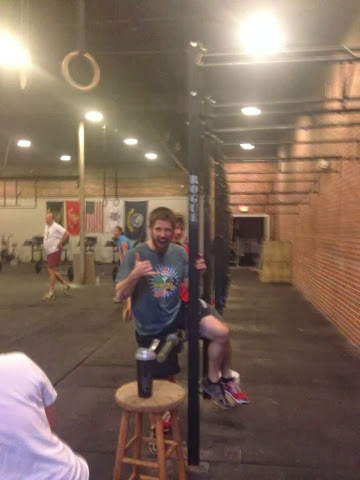 Least Favorite WOD: Karen, just because it's 150 of the same thing. It makes it worse that it's wall balls. I'd rather do Fran then Fran then Fran.


Describe your sports and fitness background: As you could probably tell, I played basketball and ran track in high school. But after high school and into college, I played lots of pick-up basketball and of course did the P90X and Insanity thing until it eroded my knees. Also played my fair share of intramural sports: flag football, softball, basketball, dodgeball (he can dodge a wrench, y'all), kickball, etc. Funny thing was that I looked my best while doing P90X and had like 5% body fat, but I'm sure I couldn't do a thruster. It was horrible, I had no motor. I just thought I looked good. Wasn't worth it. From what I've heard, I think my background with this is common. (He thought he looked his best back then...now he does CrossFit and the girls are like DAYYYYMN. And with a beard? Double daymn.)

How did you first get exposed to CrossFit?:
I'm actually not even sure. I started in New Iberia, which only has one CF box. I wish I could say I saw the Games on TV and got all fired up, but it wasn't like that...
What was your first WOD like?: It was Cindy. She abused me. I cried. She made me do sooooo many pushups, it felt like she was kicking me in the chest. I failed on my first pushup in my life and my ego was damaged. I admitted defeat and went back to the box the next day. And that's how it started.
What sort of changes have you seen in your body since starting CrossFit (before and after):
Well, I'm carrying much more weight since I've started CF. I try not to look in the mirror, I think that it's a good habit to have. I let the pull-up bar, the rings, and the barbell tell me what changes are happening to my body. (It should be noted that the kid does deficit handstand pushups now...WITH THREE 45# PLATES because he wants to. Go home, Nick. You're strong and drunk.) 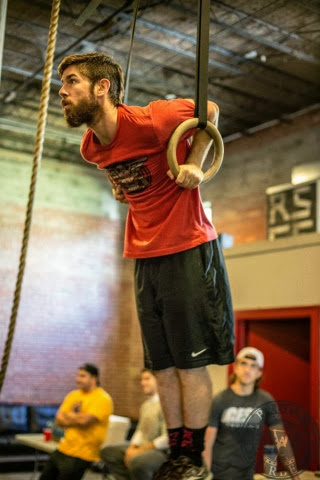 What sort of changes in your life have you experienced out of taking on something like Crossfit? Expected or unexpected?:
I instantly made 75 friends when I joined a CF box. When people ask me why I do CF, I tell them because of the community. It's not because I want to compete in Regionals or the Games. It's because I like to see my friends at the box. Other than that, KStar has taught me how to move more efficiently in his book "Becoming a Supple Leopard" and I've learned how to eat more effectively from Paul Nobles at "Eat to Perform." Just holistic lifestyle improvements. That's what CF is about to me.
What's your favorite lift and why?:
Snatch, hands down. So elegant. It's the closest to ballet I'll get. (He lifts in a leotard. True story. I've seen it!)

Funniest experience related to CrossFit?:
Flatulence in the bottom of cleans. Multiple times. In public. Darn.
Name one goal you have achieved since starting CrossFit and one goal you want to achieve:
Sub-5:00 Fran seems glorious when you start CF, but when I achieved that goal, I was like, "So what…" Now I just try to be fun to WOD and lift around. I hope people at Red Stick CF think so. (He is super fun to be around. And he puts up with my shit. And he always laughs when the RSCF Twerk Team starts gettin' down. I may or may not be a part of that)


Any advice for people just getting started with CrossFit?
Set little goals. Listen to your body. Smile.
What do you tell yourself to keep motivated?
Gotta beat Jarrell, gotta beat Jarrell, gotta beat Jarrell… HA! no, I don't really say that (HAHAHAHAHAHA. He might not actually say it, but I say it everyday. I look at Jarrell's score and the Rocky theme song starts playing. I GOTTA BEAT JARRELL). When I'm having a hard time getting motivated, I just think back on the good days I've had in the box. Also, I just remind myself that this isn't everything. I'll still have to go to school, write more, eat more, laugh more, and live more.